...The flame haired Whirlwind with the Electric Grin, is an independent showgirl and producer who has her hips and hands in a myriad of art and entertainment ventures. Based in New Orleans, Louisiana, this Michigan native is known for her vibrant energy and mega watt smile. She has toured extensively across three continents from the USA and Canada, throughout Europe and across Australia. Highlights include a tour with the renowned Pretty Things Peepshow, headlining the Gangster's Ball 2013, VIP Gala performances at the London Burlesque Festival 2016, competing at the 4th Annual Amsterdam Burlesque Award and performing at Cirque Du Soleil's HEART Ibiza in Spain, among countless other prestigious events. In 2015, she co-founded Luxotica Lounge Cabaret, an internationally touring, tropical cocktail of showbiz delights. She produced Shimmy Shack Burlesque®, 2009 - 2019, featuring a rotating cast of live bands and traveling entertainers. Miss Audacious was the founder and headmistress of Dr. Sketchy's Anti-Art School Grand Rapids, Michigan from 2009 - 2019.  As CEO of Audacious Hoops hula hoop company she has brought hoop dance to the forefront in her home state and has become the darling of local news media. Miss Audacious also regularly works her magic with other productions throughout the USA. She is a published model and has enjoyed multi-media work in independent films and commercials. Vivacious Miss Audacious began her burlesque career in 2005, and cut her teeth while getting weird throughout Michigan and across North America engaging in neo-performance art burlesque. She was one of the early modern variety performers to pair hooping with burlesque and loves to showcase her unique brand of powerhouse hoop dance, acrobatics and circus arts with a mix of comedy, fierce striptease and glamour.

and even a live stage production of Richard Elfman's "The Forbidden Zone" featuring Elfman himself. 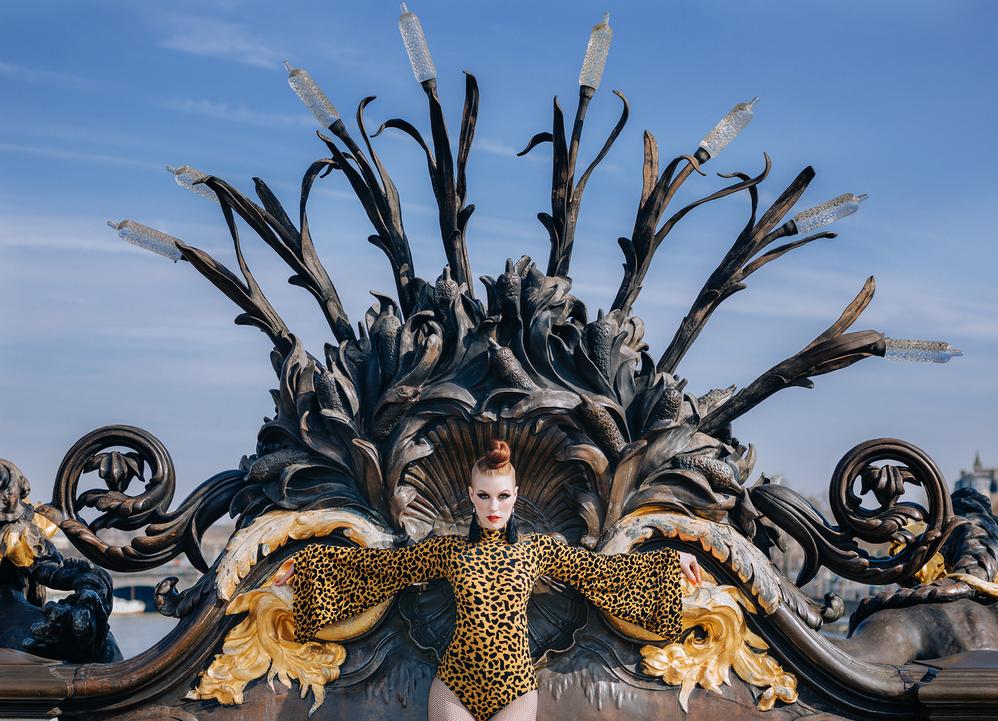